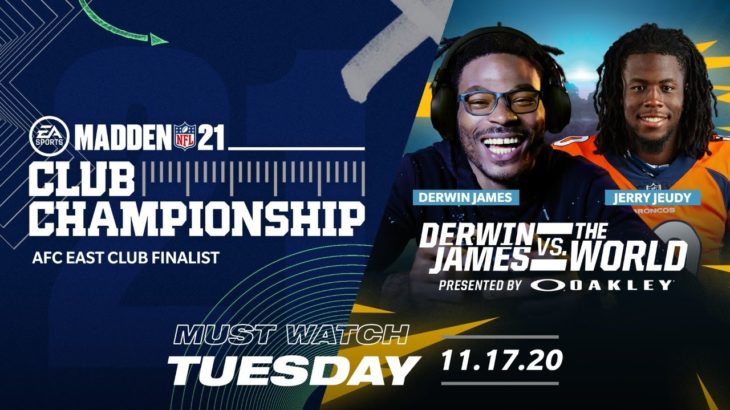 It’s the second week of the biggest event of the MCS season, the Madden NFL 21 Club Championship. Through online elimination, players have been battling it out to represent the NFL franchise of their choosing. The matches only gets more intense from here on out, as we narrow it down to just one competitor per NFL team.

Today’s stream is all about the AFC East:

Derwin James vs. The World
After Derwin tossed aside two challengers last week, we figured we’d up the ante back to some NFL skill level. This week Derwin takes on the explosive Denver Broncos rookie wide receiver, Jerry Jeudy. Jeudy was recently runner-up for the NFL rookies bracket of King of the Hill. This should be interesting.