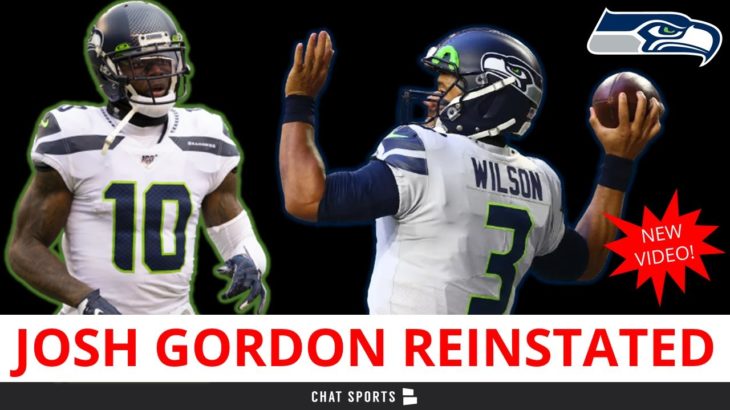 Breaking News on Seattle Seahawks Today is WR Josh Gordon being reinstated by the NFL according to Jay Glazer of Fox Sports. Gordon will be eligible to play starting in NFL Week 16 when the Seahawks face the Rams according to Glazer. Host Harrison Graham has all of the details of this Josh Gordon news on today’s show.

Seahawks rumors have been buzzing around Josh Gordon as everyone patiently waited for the NFL to make a decision regarding his status. Now that the NFL has finally reinstated Gordon, will he be able to produce for this Seahawks offense? Russell Wilson is an NFL MVP candidate and already has 2 stud WRs in DK Metcalf and Tyler Lockett, plus a good running game led by Chris Carson. Josh Gordon has a chance to contribute for one of the NFL’s best offenses just in time for a playoff run!

Today’s Seattle Seahawks News & Rumors show breaks down the Josh Gordon reinstatement. What is your 1-word reaction to Gordon returning? Let us know in the comments!