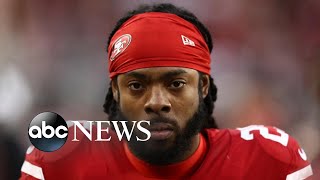 Richard Sherman is behind bars for his involvement in an allegedly violent confrontation between his family and police. ABC News’ Mona Kosar Abdi has more.