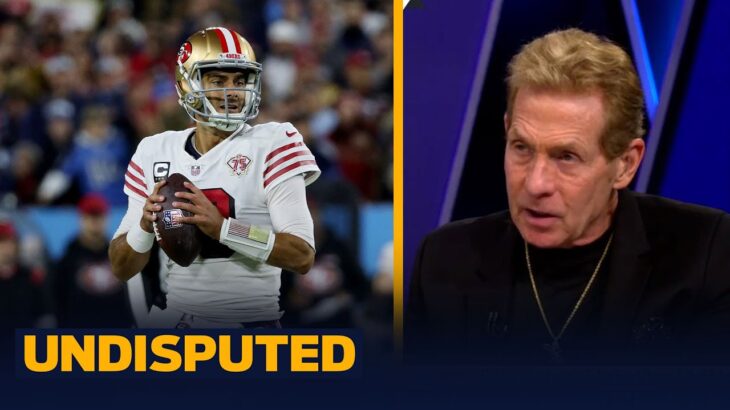 With all eyes on them in a national TV spotlight, Jimmy Garoppolo and the San Francisco 49ers blew a 10-point halftime lead as the Tennessee Titans escaped with a 20-17 win. Garoppolo threw one of his two picks in the second half and also had a turnover on downs late in the third quarter as San Francisco’s playoffs hopes may now be in danger. Shannon Sharpe, who was big on the Niners as a threat in the NFC, and Skip Bayless discuss how much faith they lost in them after Jimmy G’s second half performance.