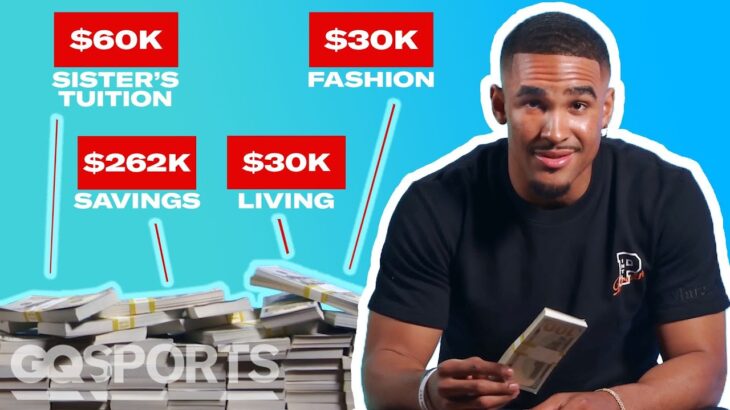 Presented by Straight Talk Wireless | Philadelphia Eagles quarterback Jalen Hurts’ started cutting grass in the sixth grade. Now he’s on a four-year $6.02 rookie contract after being selected by the Eagles in the second round of the 2020 NFL Draft. From $30K on living expenses to $60K on his sister’s tuition, find out everything Jalen Hurts spent the first million dollars in the NFL on.