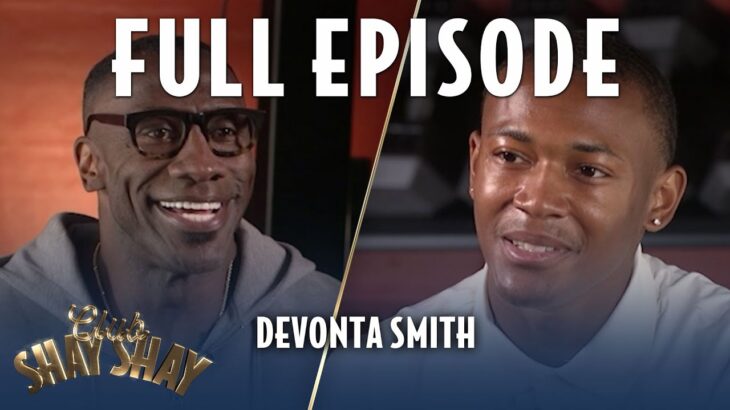 This special episode of Club Shay Shay was recorded in-person at Shannon’s home gym. DeVonta talks to Shannon about signing with Klutch Sports, and his career aspirations both on and off the field. He divulges what it’s like to play football at the University of Alabama, sharing the field with players like Tua Tagovailoa & playing for Nick Saban.

DeVonta revisits his National Championship & Heisman-winning senior season at Alabama, and looks forward to his future in the NFL. With the NFL Draft just days away, this is a can’t-miss conversation.

About Club Shay Shay:
Club Shay Shay is a weekly podcast hosted by Shannon Sharpe – 3x Super Bowl champion, member of the Pro Football Hall of Fame and co-host of Undisputed on FS1. Each week Shannon will sit down with athletes, celebrities and influencers to break down, analyze and discuss the latest headlines in sports, pop culture and everything in-between. Get on the VIP list at Club Shay Shay NOW and never miss an episode!