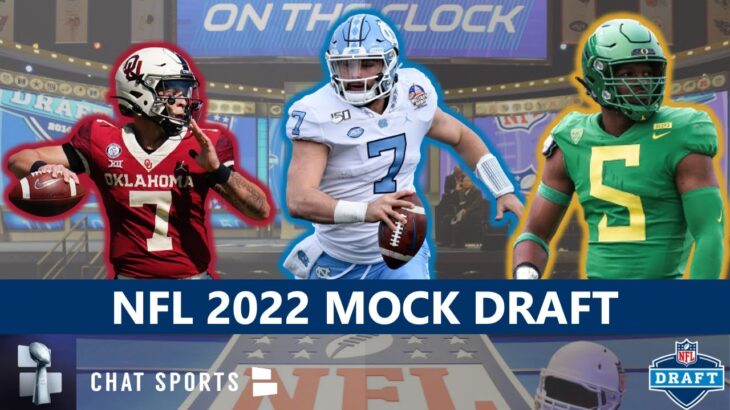 The 2022 NFL Draft is just about a year away, but with this year’s draft over, it’s time to take a way-too-early look at a 2022 Mock Draft from host Tom Downey! What NFL Draft prospects are in line to go early and what do we make of a muddled QB Prospect list?

The 2022 NFL Mock Draft is presented by Manscaped! Head over to https://www.manscaped.com/chat and USE promo code ‘CHAT’ to save 20% AND free shipping!

The NFL Draft order is based on Chat Sports’ latest NFL Power Rankings and factor in the trades already made, so don’t blame Tom for where your team is picking. Go complain here instead: https://www.youtube.com/watch?v=ttbrUiUKpOg

The top NFL Draft prospects are players like Derek Stingley, Kayvon Thibodeaux and Evan Neal. But the real drama stems from the QB Prospects this year. While not nearly as top-heavy as this past year’s draft, there is the possibility of great depth this year. But who does Tom mock in Round 1? These early Mock Draft exercises are really just for looking at potential Early 2022 NFL Draft Prospects.

Got NFL Draft prospects for 2022? Hit up host Tom Downey on Twitter to tell him who to watch: https://www.twitter.com/whatgoingdowney

For NFL articles posted every day, check out our website: https://www.chatsports.com/nfl