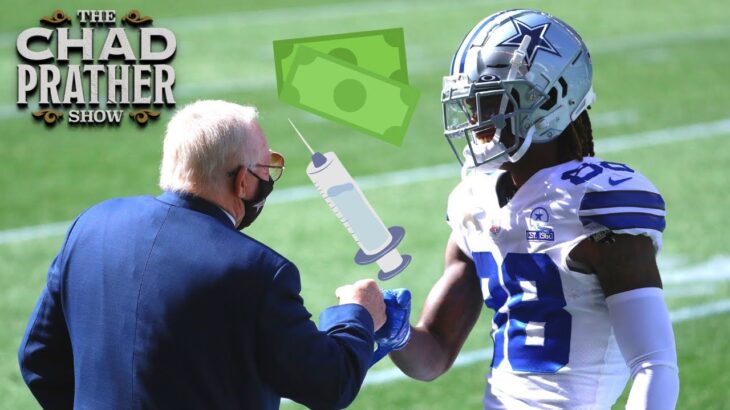 Former NFL player Cory Procter joins the show to discuss the push for players to get the vaccine, woke progressivism in sports, and Sha’Carri Richardson’s exit from the 2021 Tokyo Olympic Games over pot.

Support us by supporting our sponsors!

Visit https://iTargetPro.com for 10% OFF and FREE shipping when using the offer code CHAD.

Chad Prather is known for his way with words. He is a comedian, armchair philosopher, musician, and observational humorist. Often called “the modern day Will Rogers” and “the voice of the everyman,” Chad brings you his armchair philosophy and observational humor four times a week. Politics, inspiration, comedy, and fun — nothing is off limits on The Chad Prather Show!

Some of Prather’s most popular videos are shot in the front seat of his truck as he delivers his fast talking, rabid fire rants.
CNN has labeled him the “Pick-up Pundit” and Fox News’ Tucker Carlson has called Prather, “supernaturally articulate.”
Prather has mad numerous appearances on Fox News, CNN, A&E, MSN. He is the host of BlazeTV’s “The Chad Prather Show” and “Humor Me with Chad Prather.” His wildly successful 2016 “Kings of Cowtown Comedy: was a hit and his current “Star Spangled Banter Comedy Tour” is selling out theaters all over America.