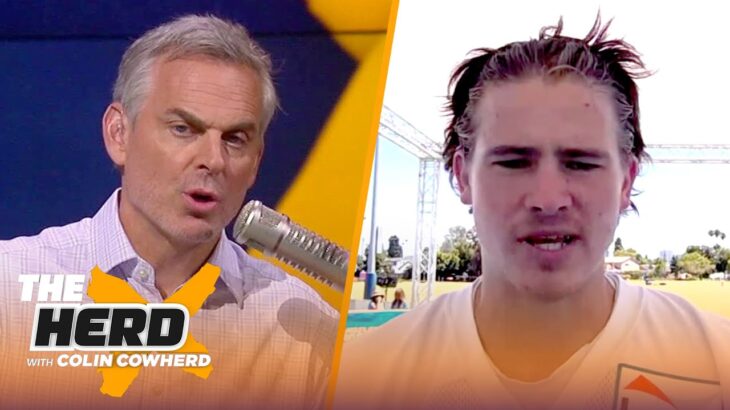 Justin Herbert joins Colin Cowherd from the Los Angeles Chargers’ training camp to share how he’s preparing for his sophomore season in the NFL. The young quarterback reflects on the value of the Chargers’ four-game winning streak in the final stretch last season and compares his rookie year to his current self in camp. Herbert shares how he is preparing for the new season with a new coach, offensive line, and his leadership approach as a 23-year-old player. He also shares his view in Chargers’ practices and how he is bouncing back from several quarterback hits last season. Herbert also shares Keenan Allen’s impact on the young Chargers’ offense.