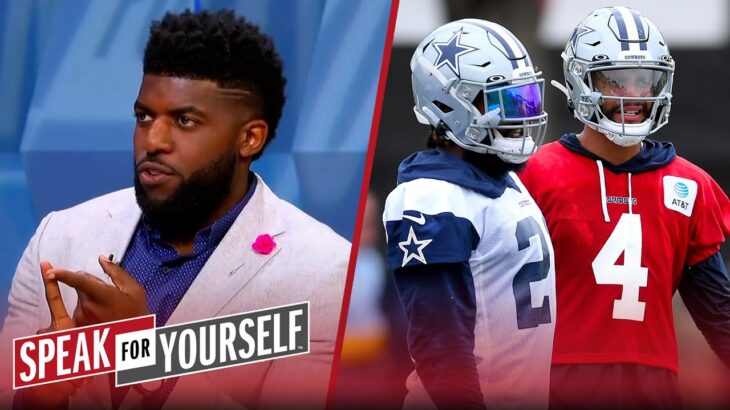 The Dallas Cowboys lost to the Pittsburgh Steelers last night in the Hall of Fame game, but their main focus is on the regular season. 16 players, including Dak Prescott, did not make the trip for a Dallas team that is trying to shake off two back-to-back seasons without making the playoffs, Head Coach Mike McCarthy summed up the Cowboys’ first game, saying quote: ‘I’m more about building what we’re able to accomplish..we need to play better complimentary football.’ Marcellus Wiley and Emmanuel Acho debate whether the Cowboys are contenders or pretenders in the NFC.

SUBSCRIBE to get all the latest content from Speak For Yourself: http://foxs.pt/SubscribeSPEAKFORYOURSELF
The all-new FOX Sports App, built for the modern sports fan: https://tinyurl.com/y4uouolb

About Speak For Yourself:
Speak for Yourself is an hour and a half sports debate show starring our FS1 talent covering the day’s hottest topics in sports and offering their unfiltered takes.