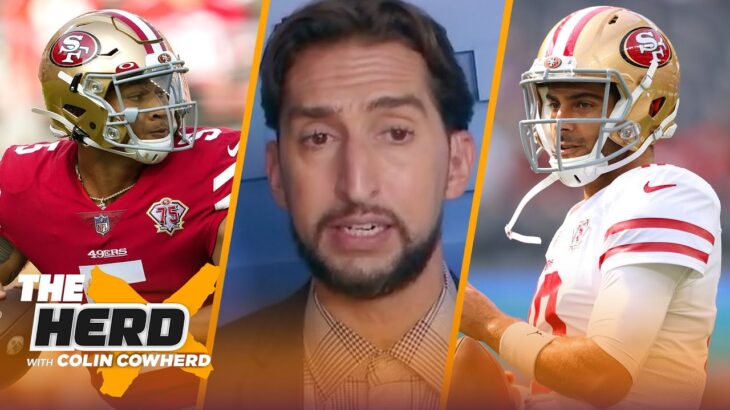 Now that the New Orleans Saints have settled on their Week 1 quarterback, Jameis Winston, that leaves three teams yet to make their picks: New England Patriots with Cam Newton and Mac Jones, the San Francisco 49ers with Jimmy Garoppolo and Trey Lance, and the Chicago Bears with Andy Dalton and Justin Fields. Nick Wright breaks down each of these teams’ choices and makes his own picks for who should be the quarterbacks in Week 1.