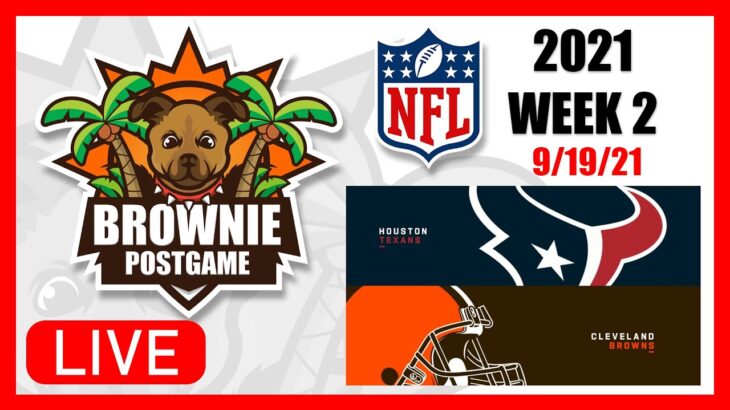 #Browns vs #Texans NFL 2021 Week 2 Livestream. The #ClevelandBrowns enter today’s game 0-1 after a close loss last week in Kansas City. The Houston Texans come to First Energy Stadium in Cleveland having easily taken care of the Jacksonville Jaguars in week 1. The Texans are lead by Ex-Browns Quarterback Tyrod Taylor who hopes to continue the success that he’s had thus far in Houston. The Browns enter this game, their home opener, with something to prove. They want to prove to the NFL and the world that they are the team that entered this season with all the hype and they can still deliver. Head Coach Kevin Stefanski asked the crowd to be loud and ready to rock the house and bring as much energy and noise as they can. QB Baker Mayfield looks to rebound from the disappointing find drive against the Chiefs where he threw what amounted to be the nail in the coffin solidifying the loss.