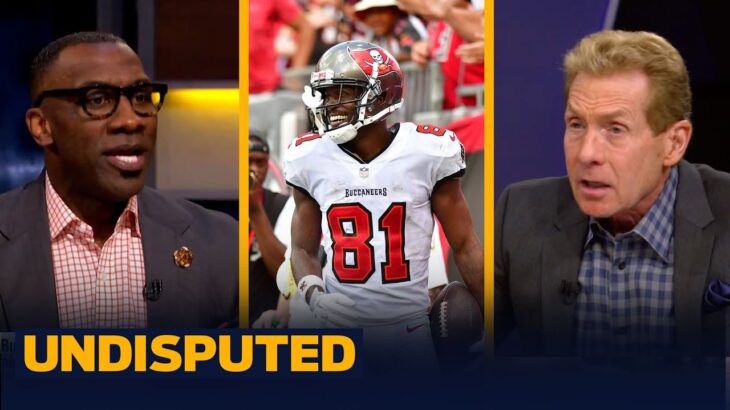 According to a new report, Antonio Brown received a fake vaccination card this offseason. A former personal chef alleges that AB offered him $500 to acquire the fraudulent document, and when he was unable to do so, the Bucs’ receiver got one through another source a few weeks later. The Buccaneers have denied the report, releasing a statement that reiterated its entire roster was vaccinated and added quote “All vaccination cards were reviewed by Buccaneers personnel and no irregularities were observed.” Skip Bayless and Shannon Sharpe react to the report’s allegations.