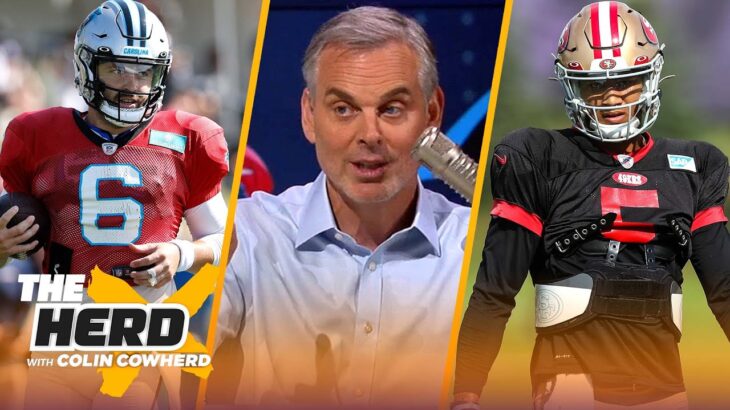 Trey Lance is gearing up to his new role as the San Francisco 49ers’ starting QB. However, according to The Ringer, Lance had one good day of practice but missed more than half of his throws the next day, including going 1-for-8 in his final nine throws. Head Coach Kyle Shanahan later admits that he has had ‘some good days and some rough days’ at camp. Colin Cowherd explains why the 49ers are concerned for Lance despite having a ‘Super Bowl roster.’ The Carolina Panthers are reportedly naming Baker Mayfield their starting QB for their Week 1 matchup against the Cleveland Browns. Colin explains why Baker will not have the opportunity on the Panthers as he did for his former team.